Insurance Companies Have Paid 1.9mil. EUR in Hail and Ice Damages, 72% of the Value of All Agricultural Damage

Hail and ice are the most pronounced risks in agricultural insurance. During the first six months of this year, over 70% of the value of all paid damages in agriculture and livestock has been due to the consequences of these natural disasters. Since farmers acknowledge the hail and ice as the biggest dangers, they invest in insurance against these risks the most. For the first six months, the value of purchased policies that insure against hail and ice reached 5 million EUR or 26% more in comparison to the same period last year.

Farmers and stockbreeders have collected a total of 162 million MKD (2.63 million EUR) from damages covered by insurance policies for the first six months of this year. In the total amount of paid agricultural and livestock damages for destroyed crops, fruits and dead cattle, the payment of damages caused by hail and ice continuously dominates, according to the official data of the Insurance Supervision Agency (ISA). 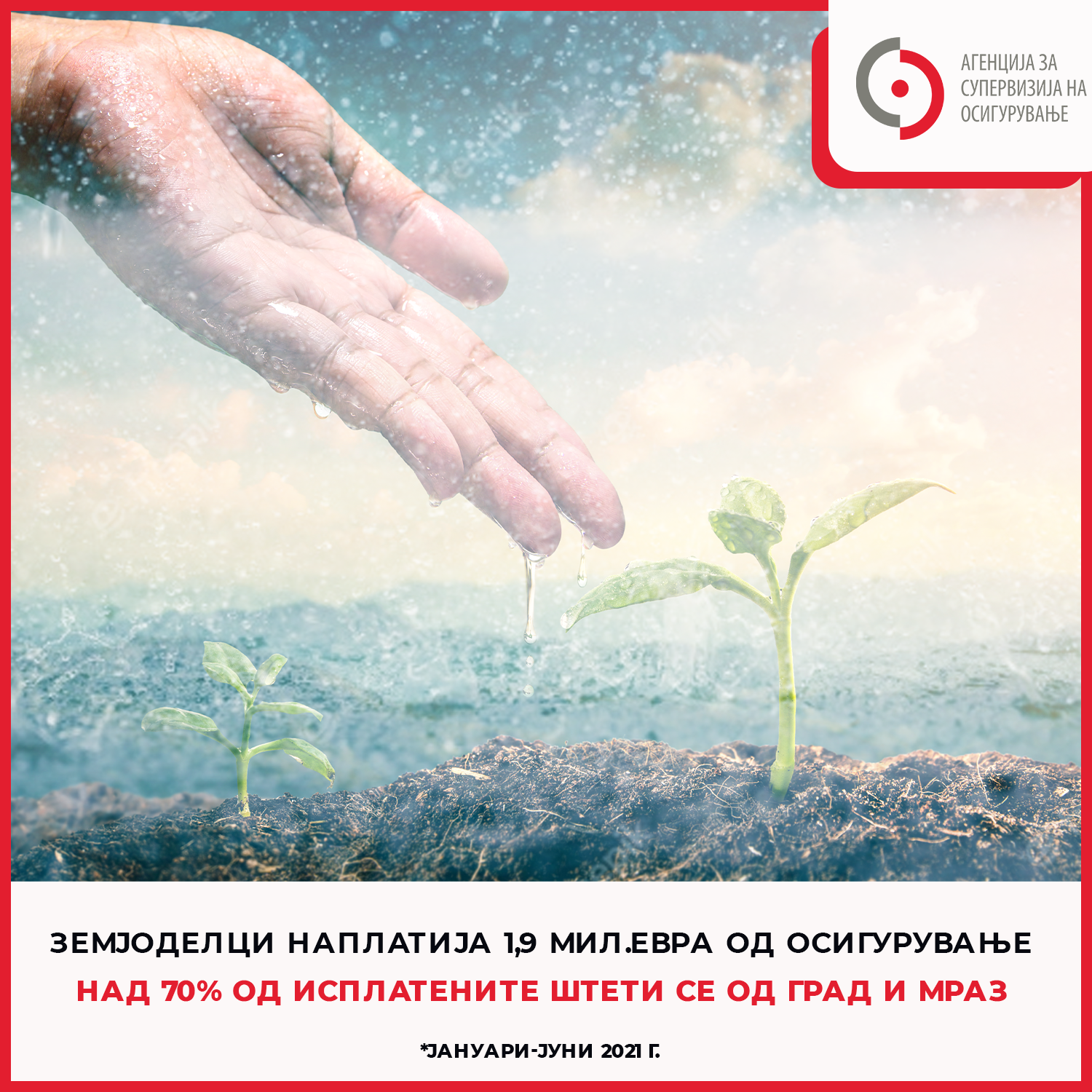 Damage caused by hail or ice has continuously the largest share in the amount of damages paid covered by agricultural insurance. For the first six months of these natural disasters, damages for destroyed crops and fruits have been paid, in a total value of 117.85 million MKD (1.9 million EUR). That is 72% of all paid damages in agriculture and livestock during this period. The statistics for the first half of the previous two years are similar. In 2020, farmers collected 99.5 million MKD (1.6 million EUR) or 74% for damages from hail and ice, and in 2019, 78 % of all paid damages in agriculture. 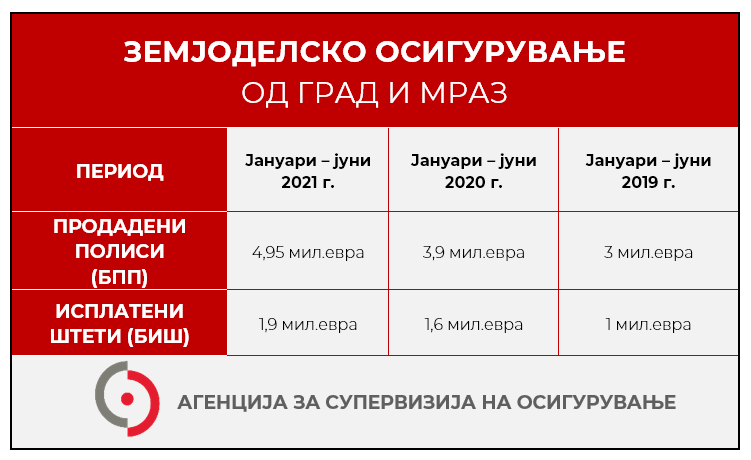 The Insurance Supervision Agency (ISA) is an independent regulatory body that regulates the insurance market, supervises the work of insurance entities, takes care of the protection of the rights of the policy holders and contributes to financial education and inclusion of the population.